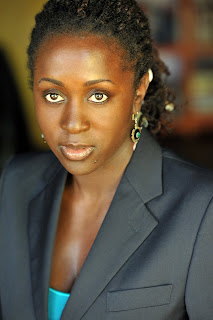 PERES OWINO is the President and CEO of Nyar Nam (Daughter of the Lake) Productions, founded in 2008 for the sole purpose of telling stories via the screen, stage and tube, that lay bear the vulnerability and strength of the human spirit.

"I want to tell the stories, I want to watch." Peres Owino

In 2008 Peres premiered her great reviewed One Woman Experience play "Beauty For Ashes", in Hollywood, and officially launched Nyar Nam Productions as her company platform. She followed that with the premiere of her new short play "Cut" at The Walt Disney Concert Hall - REDCAT in 2010. In 2012, Peres and Nyar Nam Productions present the documentary, "Africans versus African Americans". For more information on the documentary visit: www.avaatheconversation.org.